The 6th UNI Americas Women's Conference will be held virtually for the first time on December 2, 2020. In this first virtual meeting we will comply with the statutory issues of our organization, and thus respect the provisions established by the affiliates in their founding document. The global health crisis has momentarily prevented us from holding our meeting on site, in Fortaleza, Brazil. However, we will meet again a second time, once the health and economic crisis has passed, and without the current restrictions.

Under the theme "Defending Women's rights, building our future!" The Conference will be organized around three main sessions:

TO DEFEND OUR RIGHTS, we women promote a plan that contains the 2020-2024 Strategic Priorities.

To achieve these goals we will work so that trade unions are one of the key political institutions necessary to create a more balanced and stable society for workers, especially women, and that both the rights and needs of women workers are a central component of UNI's work. These action strategies are established following the guidelines of UNI Americas in which the unions of the region are the main actors, and aim to achieve:

Gender balance in decision-making positions - because unions have a leading role in achieving full equality of rights and opportunities between men and women in positions of power and ending inequalities.

A commitment to continue promoting the physical and mental health of working women - because we are convinced that trade unions are called to continue to play a significant role to ensure that the rights of working women, such as their health, are protected within a changing job market full of new challenges and uncertainties.

A commitment to eliminate the digital gender gap that affects men and women differently - raising awareness about the impact of technology and digitization on women and taking action to prepare them to face the new challenges that lie ahead.

TO DEFEND OUR RIGHTS, AND BUILD OUR FUTURE, from trade union organizations we promote gender equality for the construction of more just and equitable societies.

This pandemic has made visible problems that for generations have been ignored: inadequate health systems, gaps in social protection, structural inequalities in our societies, increase in gender-based violence and femicides. Our societies have been marked by a male-dominated culture where women and girls have been in worse conditions than men; a society where inequality and discrimination have been the norm. This motion is focused on promoting transformations in society to make it more just and equitable. Unions will continue working to promote the reform of political, economic, labour and education institutions, in order to combat inequalities that have denied fundamental rights to women and girls.

TO DEFEND OUR RIGHTS, AND BUILD OUR FUTURE, UNIONS WILL CONTINUE THE FIGHT AGAINST GENDER-BASED VIOLENCE.

The Covid-19 pandemic unfortunately confirmed once again a problem that women had already faced long before; gender violence, revealed by the alarming increase in the number of cases of domestic violence against women and girls. UNI Americas and the unions in the region will debate in this motion strategies to combat all forms of violence. For this, they will focus their efforts on joint actions to fight against all types of gender violence at home, at work, and in society.

Approval of the agenda and regulations

Election of the Credentials and Resolutions Committees

Introduction of the motions by the Resolutions Committee

Defend our rights to build our future

a. Actions of the Women in the region: Mentoring program, 40x40 Campaign.
b. Breaking the circle of violence - ILO Convention 190.

Gender Equality in the trade unions

Defend our rights to build our future

Confirmations and Elections of the UNI Americas Women's Committee

Election of the President

Speak by the new president

Program for the Regional Women Conference 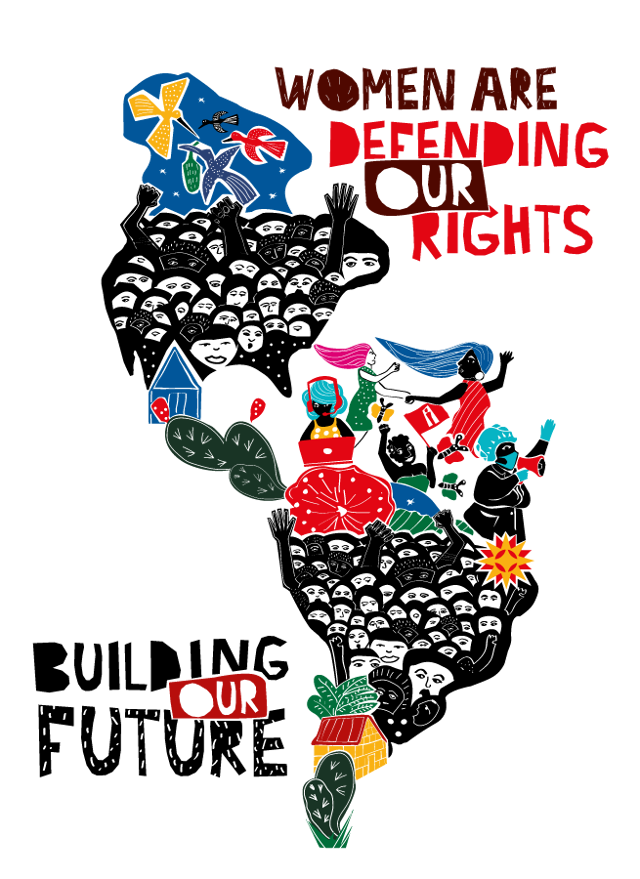